Clip and Clop Save the Holidays 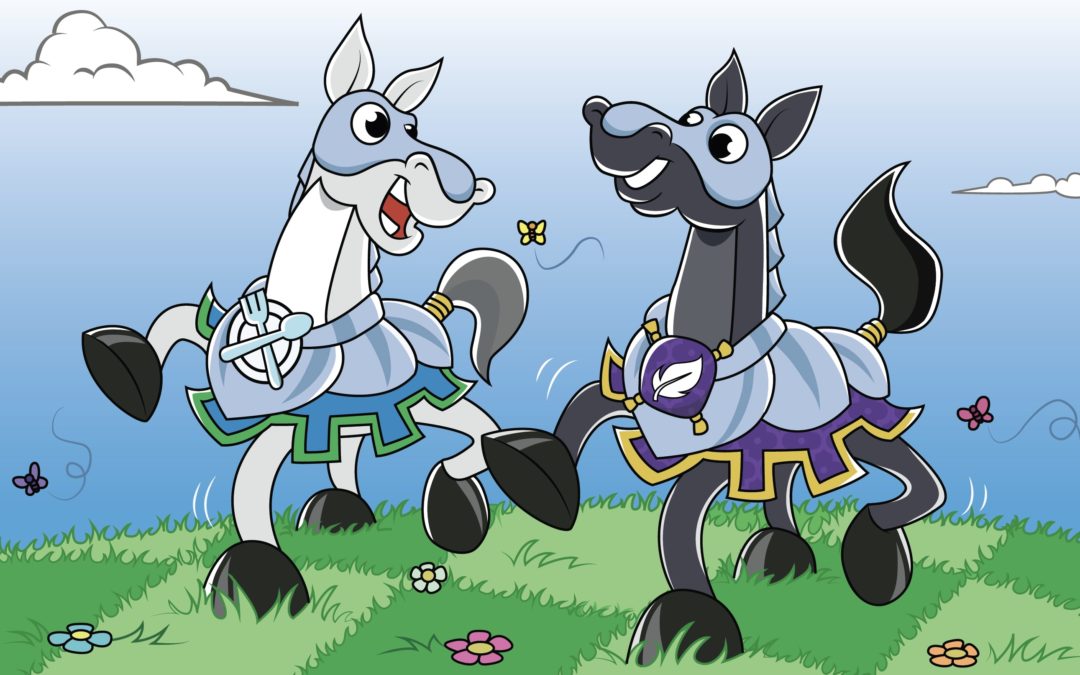 It was late December in Chesslandia and that meant King Chomper and Queen Bella’s gift-a-thon was coming soon! Every year, the king and queen would ride a rook around the kingdom, hand-delivering presents to one and all.

“Are you ready to go?” Queen Bella asked as she finished loading up a rook with gifts for the kids of Chesslandia.

“You betcha!” King Chomper replied through a mouthful of candy cane. “Let’s make this the best gift-a-thon ever!”

The queen and king took their places on top of the rook and held on as it began to glide away from Chomper Castle. But as they crossed the checkered lawn, an icy wind blew in from the north.

“Hmm,” King Chomper mused, testing the air with his finger. “Feels like sn—”

Before he could say “snow,” a howling blizzard came careening across the sky! In a matter of moments, Chesslandia was buried under two feet of snow and the rook ground to a halt.

“The snow’s too deep!” King Chomper shouted through the swirling storm. “If we can’t get moving soon, the gift-a-thon will be ruined!”

Just then, Queen Bella heard a giggly “Neigh!” and something caught her eye. Clip and Clop the Knights were prancing and playing in a deep snow drift nearby. Their excellent jumping abilities allowed them to leap over the snowbanks with ease. That gave Queen Bella an idea.

“Clip and Clop!” she called. “Can you jump over here? We need your help!”

Clip and Clop galloped, stepped, and hopped through the snow until they were standing next to the king and queen’s rook. “At your service!” Clip said. “What do you need?”

“It’s the holiday gift-a-thon!” King Chomper explained. “Our rook is snowed in but it seems like you two can jump through the blizzard, no problem. Will you brave the snowstorm and deliver all these presents to Chesslandia’s children?”

King Chomper and Queen Bella tossed armfuls of presents down to Clip and Clop and they leaped away into the snowy countryside. Slowly but surely, the knights galloped and galloped and stepped to the side, jumping expertly across Chesslandia. Each time they visited a house, they took care not to return to ensure that everyone got their special surprise.

By nightfall, Clip and Clop had covered the kingdom. The rook was empty of gifts, all the kids received their presents, and the holiday gift-a-thon was saved!

“Thank you, friends!” Queen Bella cried when they were done. “You saved the day! Now let’s all head home and warm up with hot cocoa and cookies!”

Clip and Clop Save the Holidays: Mini-Game Instructions 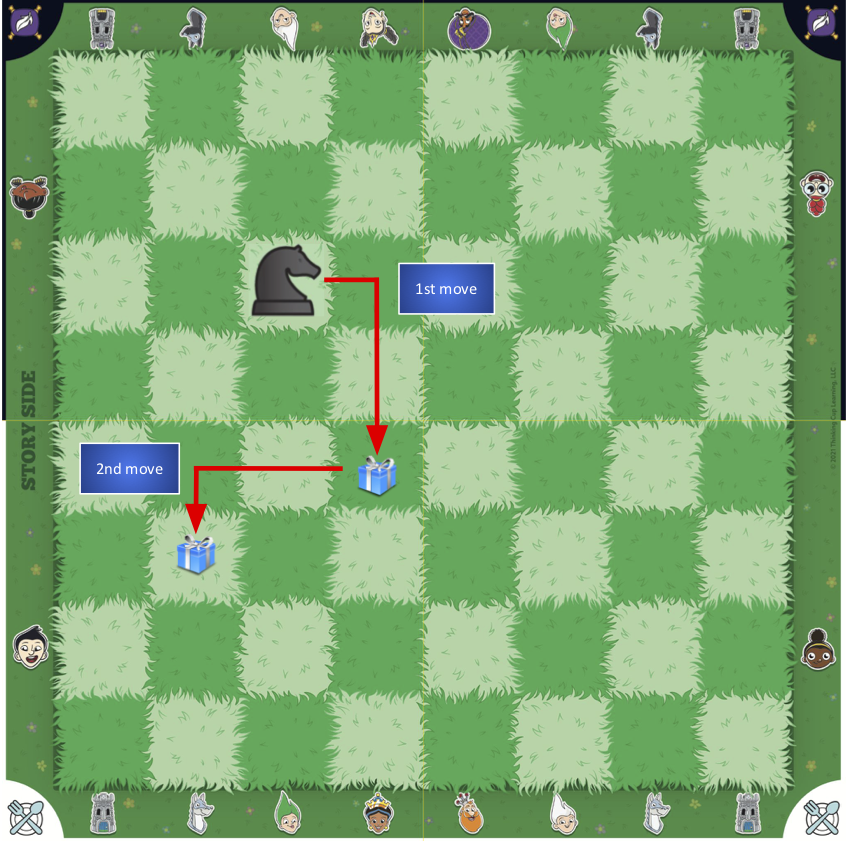