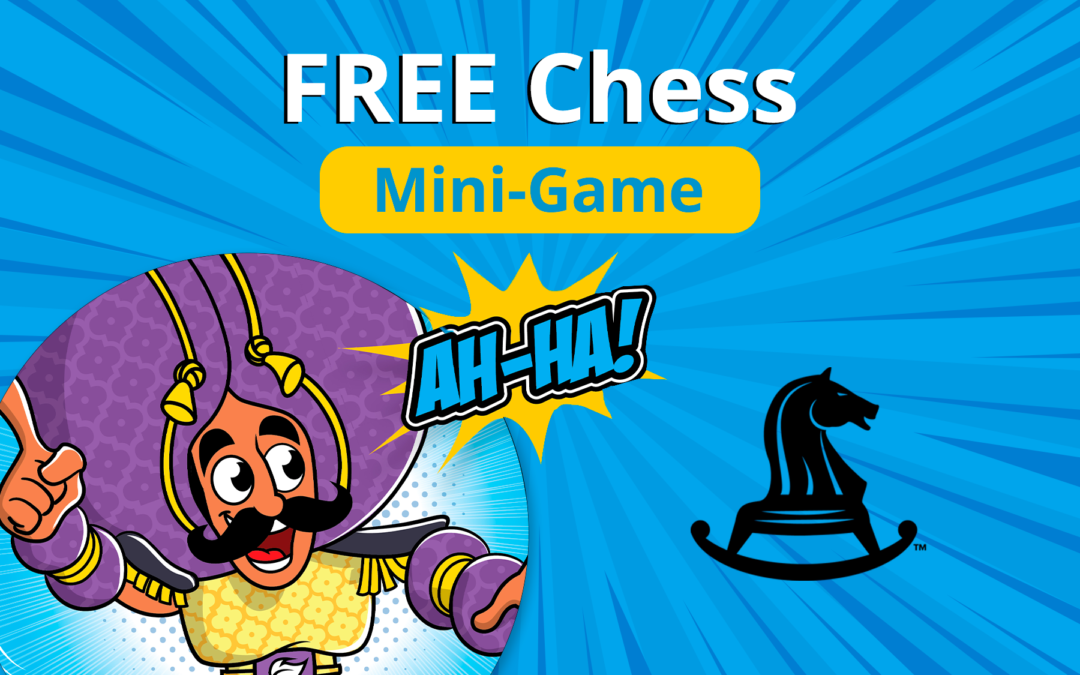 One of Chesslandia’s proudest traditions was playing practical jokes on April Fools’ Day. One year, Bea and Bop glued King Chomper’s chess pieces down; when he went to play his morning game they were all stuck to the board! Another time, the pawns switched places in the middle of the night; when the kings met on the lawn for a game the next morning, they had no clue who was who

But the best prank of all began early one April Fools’ morning when King Chomper and Queen Bella snuck out of bed while everyone was asleep. They crept through the castle, hawk-eyed for signs that someone was tricking them. Once they were sure the coast was clear, they put their own secret pranking plan into action!

Quiet as a mouse, Queen Bella called both teams’ rooks to the chessboard lawn. “Heeeere, rookie-rookies,” she whispered. When they arrived, she told them to stand not on their usual starting spots, but where the bishops usually go. The rooks looked confused but did as they were told.

Then King Chomper tiptoed down to the stables. He quietly woke up both teams’ knights and led them to the chessboard lawn where he told them to stand not on their regular home squares, but in the king and queen’s starting positions.

Meanwhile, Queen Bella crept into the circus tent where the bishops were snoring away in their beds. She gently shook them awake and told them to set up in the corners of the chessboard where the rooks usually stood.

The sun was just coming up when King Chomper scribbled a note and tossed it through King Shaky’s bedroom window. The balled-up paper landed on King Shaky’s nose and he awoke with a sneeze.

King Shaky shrugged, put on his pillow costume, and got his pawns out of bed. Back at Chomper Castle, Queen Bella led her own pawns outside. By ten o’clock, everyone had assembled by the chessboard lawn, where they were shocked to see the rooks, knights, and bishops lined up on the wrong squares!

At first, both chess teams were super confused—they couldn’t make most of their usual opening moves so they had to get creative. But after just a couple turns, everyone agreed: April Fools’ Chess wasn’t just the prank of the century, it was a super fun new way to play!

How to Play April Fools’ Chess:

April Fools’ Chess is based on a real chess variant called Chess960, first introduced by Bobby Fischer in 1996. “960” refers to the number of unique possible starting positions available in this variant (hence the silly start time of “nine-sixty A.M.” in the story). 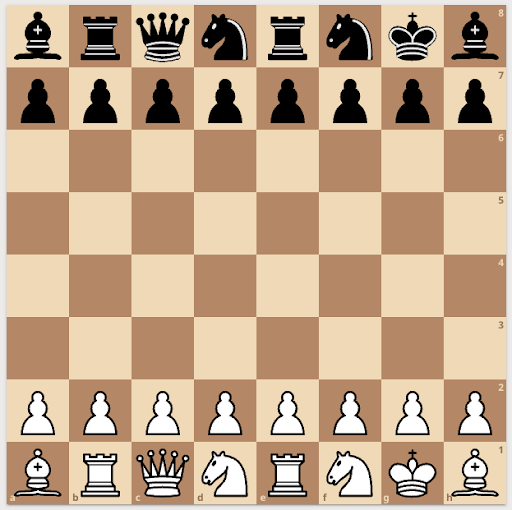