The Mozart of Chess Composes a Classic 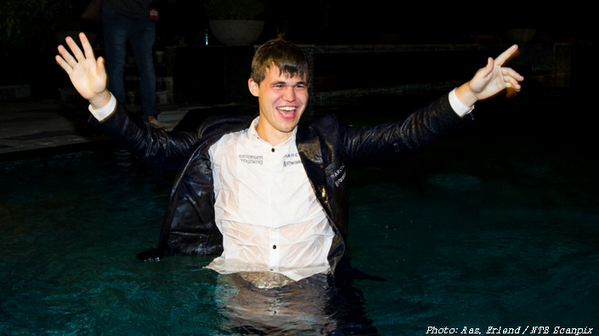 Happy beginning to the summer from Chess at Three!

Chess at Three exists to provide “ah-ha” moments for children. We do this by telling silly stories that allow children to discover why the chess pieces move the way they do. So naturally, we’re used to having a lot of fun with mini chess games and exercises with kids.

The world of competitive chess doesn’t come up too much in most Chess at Three lessons. But that doesn’t mean that parents and coaches shouldn’t be aware of the amazing events happening in that world and to get inspired by them.

We’d love to tell you about Magnus Carlsen, who is often referred to as, “The Mozart of Chess.”

Magnus Carlsen has won the last five World Chess Championship matches against three different opponents. He’s clearly the best chess player in the world and might be the strongest chess player of all time.

We’re writing about him because he just played an amazing game of chess against one of his rivals, Anish Giri. The game is special because Carlsen needed just 23 moves to win the game, which is very short for classical chess. The game is also special because Carlsen had the black pieces! At this level of chess, the black side wins only 27% of the time. Here’s the game if you want to review it.

If you want to know more about the ideas both players were thinking about during the game, Daniel King, a great chess commentator,  did a helpful analysis of the game as well.

If you want to tell your children or students something funny about Magnus Carlsen, you can tell them that his friends threw him in a pool to celebrate him winning the World Chess Championship for the first time! Isn’t that silly!?