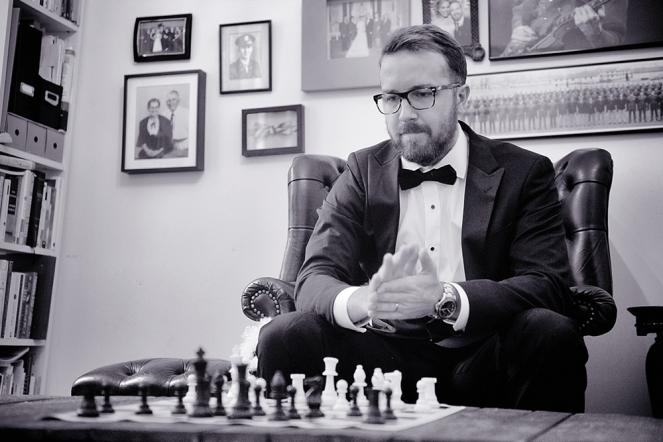 Chess at Three is featured in an article by Emily Belz in World Magazine entitled Kings and Pawns which covers the World Chess Championship.

Can children as young as 3 learn chess? Tyler Schwartz, the co-founder of Chess at 3 and a Christian, thinks so. Nine years ago Schwartz was teaching chess to New York preschoolers, and they kept asking him why chess pieces moved in certain ways. Why does the king only move one space? Schwartz told the kids the king had a big belly and he had just eaten a lot of pancakes, so he couldn’t move very much. The kids laughed, and then he asked them to show him how the king moved. They moved the king one space.

Out of those interactions, he developed a story-based curriculum to teach chess. Schwartz thinks most elite chess players aren’t very good teachers because they’re such geniuses that they don’t know why they’re good. His curriculum is designed for non-chess-playing teachers.

Now 14,000 students learn from Chess at 3 every week. Schwartz’s company licenses its curriculum to schools–he said it’s affordable enough ($25 for parents paying for their child) that a group of parents should be able to bring the curriculum to the school even if the school doesn’t have it. While attending the chess championship, even on Thanksgiving Day, Schwartz saw some of his older students who had stuck with chess and came to watch.

“[The kids] don’t think of chess like everyone here does,” Schwartz said, gesturing at the room full of championship spectators. “‘Oh, you need to think 10 moves ahead and you need to memorize this opening.’ They just see it as a really fun game that they can do with their friends.”