How do I make my child smarter?

If you want to make your child smarter, then start here:

If you want to build a ship, don’t drum up the men to gather wood, divide the work and give orders. Instead, teach them to yearn for the vast and endless sea.

That is so so so true. But what does it have to do with education? Frankly, it’s less about education and more about motivation. This is the key takeaway from the quote: people are exponentially more productive, creative, and effective when they are doing something that they long to do.

If you can inspire your child to want to learn the thing you need them to learn, they will be able to learn that thing much faster.

The most boring example possible:

Their plans didn’t work, but King Chompers is not giving up. He’s determined to find a way to play chess no matter what. Then, King Chompers notices something on his backup chessboard. The chessboard has letters on the bottom and numbers on the sides! 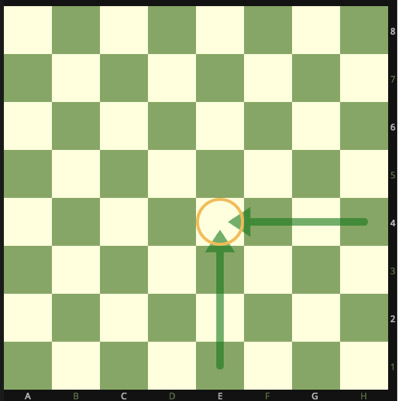 Maybe King Chompers could just write “e4” on a piece of paper, and King Shakees would figure out that he wants to move a pawn to that square as his first move!

So King Chompers writes this note for King Shakees: 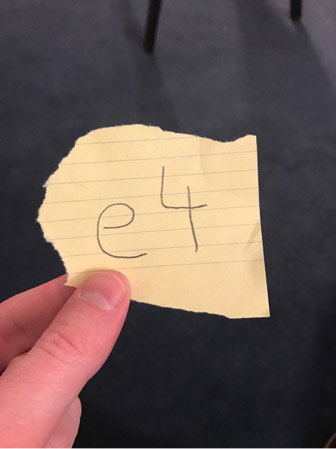 King Shakees is able to figure out the secret code because he’s a chess player. He makes his own note that says “e5.” King Shakees is so excited to take the note to King Chompers. But as King Shakees is delivering it, King Deboulajae catches him!

King Deboulajae studies the piece of paper, but he can’t figure out the secret code because he’s not a chess player. He thinks “e5” is a recipe for fancy potatoes and boom! King Chompers and King Shakees have figured out a way to play chess in secret.

Now, the children are chomping at the bit to try out this “secret code,” all because of a story.

Stories can inject meaning and life into the most ‘boring’ subjects. But people will also learn things if their environment demands it. If a child is struggling in math, find math in what they already love. Do they love baseball? Depending on the age of the child, you can find math everywherein baseball.

Don’t ask trivial questions that your child doesn’t care about like, “There are 9 players on the field at a time. If I had 4 fields, how many players would be on them?” That’s just an arbitrary  mental exercise. No one cares.

Instead, try something like, “Oh man, Frank Thomas just struck out! How many more players have to bat until he gets a chance to try again?” That’s a real question that has some math behind it!

If your child is older and dealing with statistics, you can create a competition around predicting different things in the game, like the number of hits or the final score. You can use statistics from past games and factors from the current game.

There’s no limit to the number of activities you could dream up, but here’s what’s important:

We would love to hear about any paths you uncover to creatively inspire your child’s learning. Tell us about it in the comment section!